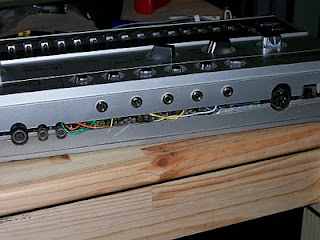 This unit arrived in very poor shape. The case was loose, it would power on but it was impossible to write programs in.

This machine had originally been modified and worked on by a well known circuit bender in the USA, I'll mention no names. They had added individual outputs and a replacement switchboard and frankly done a terrible job of it.

The client had sent the machine back to them several times without any success and eventually decided to send it here. 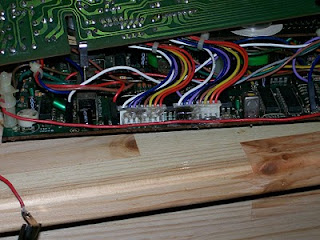 After disassembling the unit it was apparent how bad a job had been done. Connectors held on by glue? this was not a good sign. 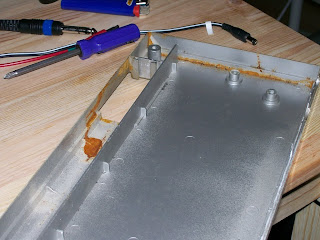 The inside of the case had a lot of battery leakage also. 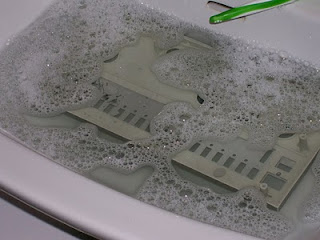 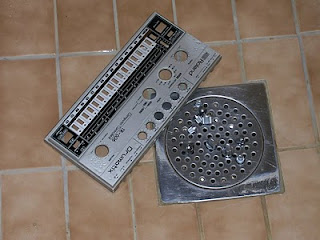 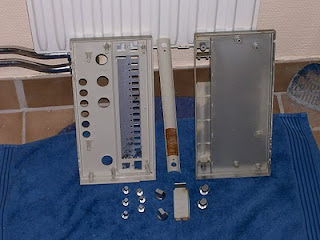 So it was time for a bath, 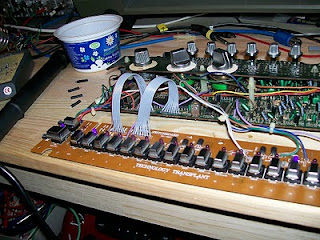 and some loving care to restore the unit back to it's former glory. (well except for the purple LEDs of course)
Posted by DinSync at 9:38 AM

Email ThisBlogThis!Share to TwitterShare to FacebookShare to Pinterest
Labels: TR-606