Cast your mind back seven months and you may remember this post about some x0xb0x front panels by Substyler based on my "TB-x0x" custom x0xb0x.

Well now Substyler from x0xsh0p has made them into case kits which you can now purchase. The client for this job that arrived on my workbench bought one of these kits and asked that I fit it for him. 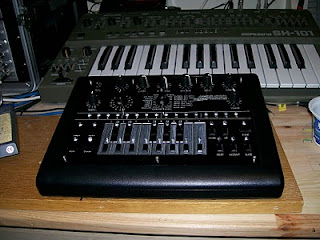 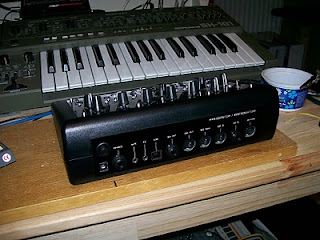 Looking at the assembly instructions it was quite straight forward, some desoldering and drilling. Everything was going well until i noticed this, 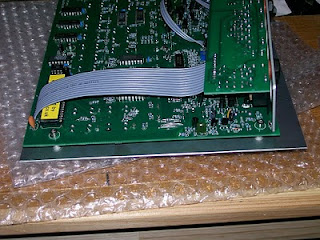 The cable from the micro-controller to the I/O board was too short. The J7 cable was too short also so both had to be replaced, while not hard it does take quite a while to do.

After that was completed it was time to assemble the kit and drill out the selector knobs a little (these need to be done if the x0xb0x has the original greyhill encoders).

And so we have the finished unit. 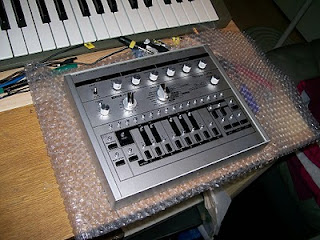 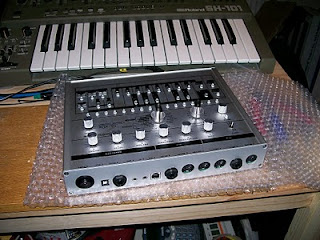 Looks really nice don't you think? It's also nice to see that Substyler has taken my design to the next level. The kit was packaged together very nicely and the instructions were clear and concise.

Here's a video of the unit in action.