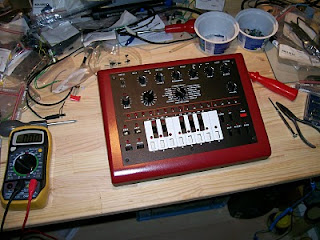 Another x0xb0x arrived on my workbench. The machine wasn't functioning and the client wanted it repaired and fitted into an aluminium enclosure. Here's what it looked like pre-op. 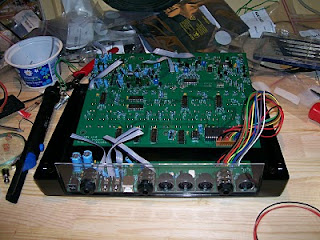 The CPU was shot and there was various small problems. The builder of this machine had neglected to put a socket in for the CPU. So it was time to cut out the old one and put the new one in with a socket. I also started to replace the flying leads since Substyler kindly enclosed a set with the case kit. 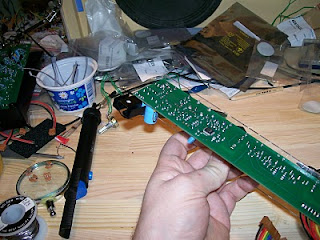 If you look closely at the bottom of the power PCB you'll notice a few of the component legs hadn't been trimmed flush. Since there's not much room in the alu case these had to be trimmed. 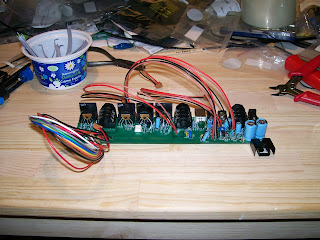 I fitted rest of the flying leads to the power PCB. 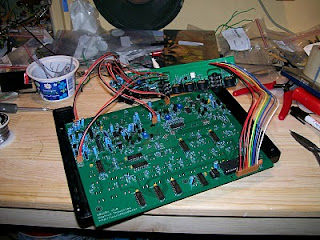 And fitted the sockets to the main board and connected it all up. 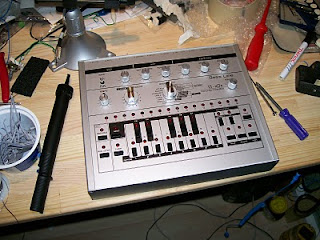 Then it was a matter of installing the case, here's the end result.

And here's a small video of the machine in action post-op, along with a little TR-909 on the side.
Posted by DinSync at 8:21 AM